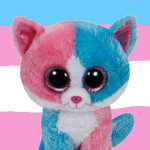 i kin a few characters, but like not passionately to the point that i physically believe that i am a dog or something and eat literal dog food lol, they're pretty mild. here they are.

thats pretty much everything you need to know about me, now leave you imbecile-

Retrieved from "https://dashtag.fandom.com/wiki/User:JaxOzone?oldid=10322"
Community content is available under CC-BY-SA unless otherwise noted.