Tiger is an orange cat with dark brown stripes on the back and front of his head, body, full dark brown ears, legs, and a dark brown nose. Tiger's face is partially white along with his chest, inner ears along with his ear fluffs, and paws. Tiger has large bright leaf green eyes with gray eyeshadow. He wears a very dark brown spiked collar and his muzzle is speckled with spots. 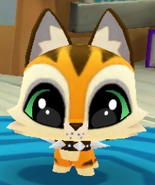 Tiger on the Pets Menu. 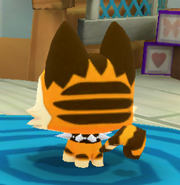 Screen shown before loading screen with Tiger and Misha. 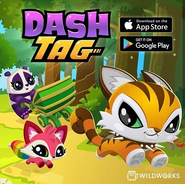 Tiger on the app screen along with Roxy being chased by Misha.

Picture of Tiger on the app. 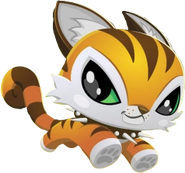 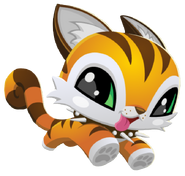 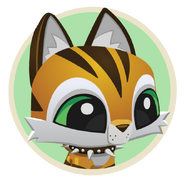 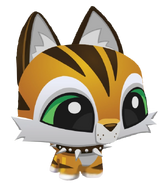