Whether it's a bash, a shindig, or a hootenanny, you can bet Party Pup will be there.

Boost Duration
Party Pup is a Promo Puppy pet. Party Pup is one of the pets added outside of the initial release in Version 2.0.3 as to unlock Party Pup you share a "selfie" with your friends. 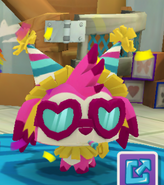 Party Pup on the Pets Menu. 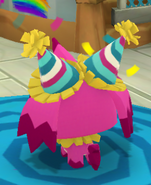 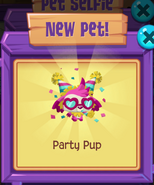 Party Pup as said on the Jamaa Journal in Animal Jam.