The Holly lure is used to attract reindeer. It can be purchased by spending emeralds or a chance that can be found while running.

The Holly has three shiny red berries in the middle, with three holly leaves sticking out from the berries. The lure for five hollies can be seen in a brown woven basket with only two hollies that can be seen at the top with some holly leaves. 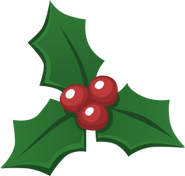 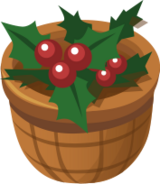 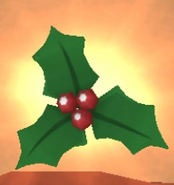 Holly Collectable seen in-game.
Add a photo to this gallery
Retrieved from "https://dashtag.fandom.com/wiki/Holly?oldid=6932"
Community content is available under CC-BY-SA unless otherwise noted.